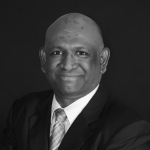 How to Sue the Government

The basic legal principles when challenging the decision of a public authority.


When a public authority does something to you that you feel is wrong, you can go to Court to challenge their decision.

To be able to do so successfully, you must prove that the decision of the public authority is tainted by one of the following:

You must apply to Court by a process known as “judicial review”.

What can the Court order do

In an application for judicial review, you can get several forms of relief:

Among a whole host of other obstacles a person faces when challenging the government, the rules on locus standi were one of the most formidable. The Latin phrase, meaning “place of standing”, is the term lawyers use to describe the rules which governed who was entitled to apply to the Court to challenge a decision of a public authority.

The issue is simple when it is a decision that clearly only affects one or two people, or a small and well-defined number of people. For example, a doctor faced with disciplinary proceedings commenced by the Malaysian Medical Council clearly has locus standi to challenge those proceedings if the doctor feels that the proceedings are unlawful.

But what happens when a decision is made that you feel is clearly unlawful, but which does not affect you directly, and affects all Malaysians (or a very large portion of them) equally?

This was the problem that faced many social activists, politicians and other concerned citizens who were refused leave to even apply for judicial review on the ground that they did not have locus standi. And all this arose because of the decision in the case of Lim Kit Siang v United Engineers Malaysia (‘the UEM case’) in the late 1980s.

That was finally laid to rest (or so it would seem) by the Federal Court last week in Malayan Trade Unions Congress & Ors v Minister of Energy, Water and Communications & Government of Malaysia (‘the Water Agreement case’).

In my next article, we’ll look at the UEM case, and the impact of the Water Agreement case on the rules of standing.