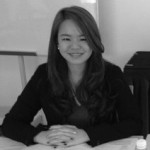 The Importance of Land Searches

On the statutory duty of the Registrar of Titles to maintain proper records of land.


In Malaysia, all land must be recorded in a register known as the ‘Register of Titles’.

The Register contains information about the title and past ownership of lands. It is maintained by an authority known as the ‘Registrar of Titles’, whose duties are set out under the National Land Code 1965.

What Land Searches Are For

Typically, land searches are carried out by purchasers who intend to buy property (or by lawyers who are engaged on their behalf to carry out the transaction).

The details and records of title are then used when drafting representations, warranties and/or additional clauses in sale and purchase agreements.

Proper use of land searches protects a person’s interest, and helps to avoid or mitigate the possibility of disputes over land. Consider then this issue: can a purchaser or his lawyer rely on the results of a land search, and if so, to what extent?

In summary, what had happened? In effect, Mr P had purchased land that had two records of title, where the same plot of land was registered to two different people.

Mr P. had suffered losses due to, among others, his reliance on the details of the land search. He commenced legal action against the relevant Registrar of Titles and Mr A and other parties. As it were:

What was the Federal Court’s decision?

On the Duties of the Registrar of Titles

The Federal Court agreed with High Court and the Court of Appeal. It held:

The Federal Court decision fortifies the necessity of land searches.

Purchasers and their lawyers may thus confidently rely on land searches in the process of conveying land, as there is a clear cause of action (‘a basis to sue’) against the relevant party if land searches contain inaccurate details.