Choosing Lawyers - By Their 'Specialties' and 'Subspecialties'

Some lawyers go to court, some don't, but all have specific areas of practice.


In Malaysia, lawyers who have been ‘called to the Bar’ are qualified to practice in any area of law.

This does not mean that they are automatically competent to practice all of them.

This distinction - of qualification versus competency - is extremely important, yet often lost on people who have never before dealt with lawyers. It does not help either that lawyers - unlike doctors - have no formal ‘specialties’ or ‘subspecialties’ that clients can identify or classify them by; some lawyers do not even advertise their inclinations clearly sometimes.

This brief article is thus meant to assist those who wish to understand the general differences between lawyers.

The Concept of ‘Specialties’ - Court vs Non-Court

See this chart, which concerns the Malaysian context: 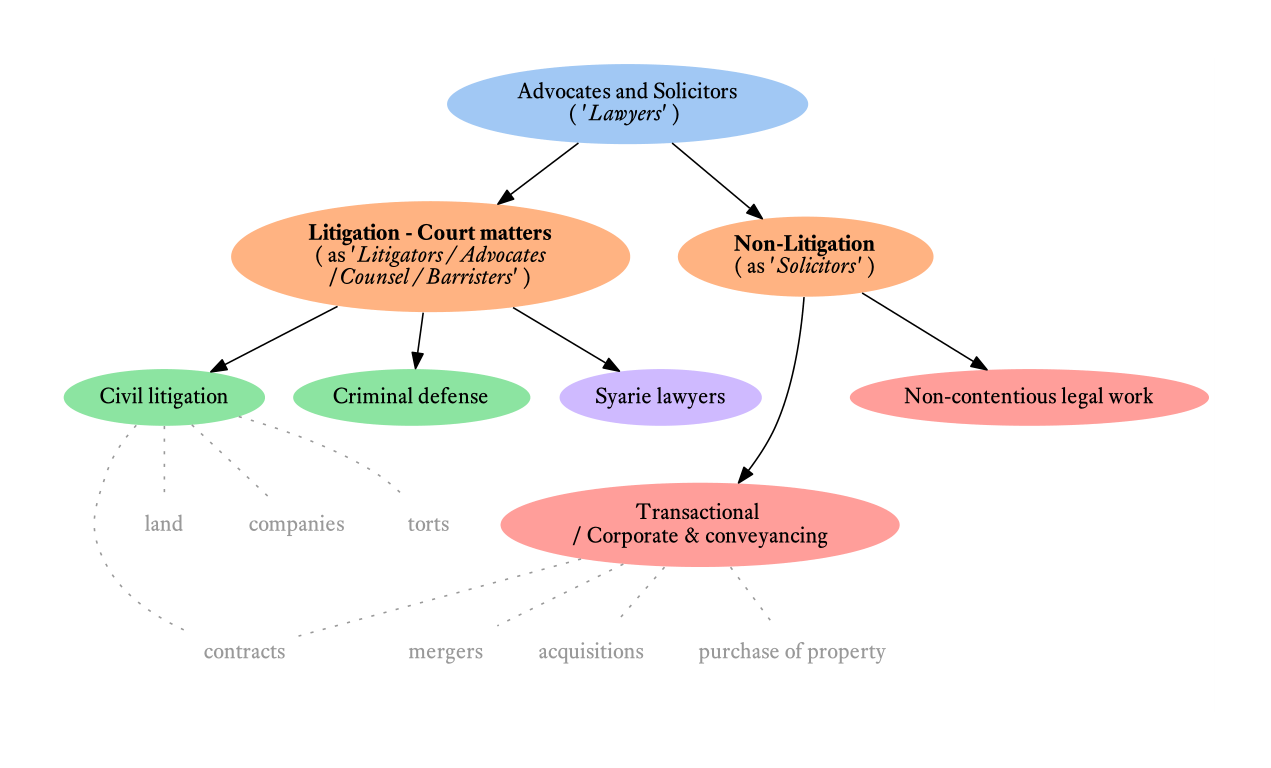 The Concept of ‘Subspecialties’ and ‘Areas of Practice’ for Court Matters

This point may not be known to a layperson, or an end client, but in Malaysia, a qualified lawyer - no matter how inexperienced - can appear in court at any time as an advocate.

This is because all practising and qualified lawyers in Malaysia have a ‘right of audience’ - i.e the right to appear on behalf of their clients before the courts of justice.

Appearance without the requisite competency or experience may lead to negligence or malpractice.

As a matter of prudence, always ask for your lawyer’s specialty/subspecialty before retaining him, and seek another lawyer if he is unable to take conduct of your matter.