Be careful if a judge forces you to mediate or settle your case outside court.


Litigation, for most people, is an act of last resort.

Sometimes, it’s the only way out, especially when parties can no longer see eye to eye, or when communications have broken down so badly that parties are only able to write to each other through their lawyers. 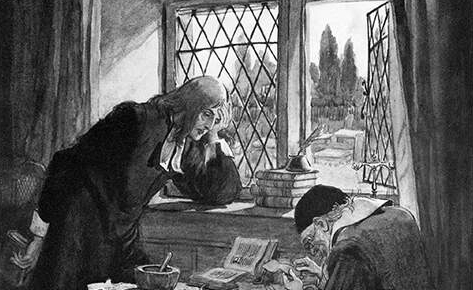 If disputes have come to that stage, parties cannot be forced to resolve such cases by themselves. Judges must hear them, and decide upon the outcome of the dispute for them.

Yes, this seems like such an obvious point. Yet in the past few years there has arisen a trend where judges - of all people - have requested/insisted/demanded of parties to ‘mediate/settle’ cases outside court. I argue that this marks an abuse of the judicial process.

Deciding A Case vs Mediating/Settling It

Judges have a duty to hear and decide cases. Note the difference:

If you want a trial, and no procedural issue bars it from being held (e.g. court directions that you have not complied with, pressing legalities such as your right to appear/locus standi, the wrong use of a mode of process), your matter must proceed to a trial before a judge.

Despite this, some judges may still hesitate to hold a trial.

Why Would Judges Hesitate from Trial

Arguably, a judge doesn’t appear to do much at trial. A (proper) judge mostly listens, and interrupts where necessary. It is counsel and their witnesses who are truly in action at trial.

But listening is taxing, and judges must sit in and devote their thoughts entirely to and throughout the trial proceedings (or at least give the appearance of doing so). This, among other reasons, can give judges enough incentive to hesitate from holding too many trials, as:

(That last point on laziness is not often put in writing. But it is a genuine problem, which any counsel can easily find out just by mentioning the names of judges known to be problematic.)

Examples of Abuses: Why Forced Mediations/Settlement Are A Problem

Judges who want to avoid the hassle of trial are able to employ procedural devices to ‘force’ parties to mediate/settle outside court without actually saying so. These methods are not entirely effective, but can get parties to start talking. For instance:

More egregious abuses, and variations on this theme, also exist:

It has therefore become somewhat of a usual practice for counsel these days, especially when faced with a judge who forces mediation/settlement, to first ‘accept’ that judge’s ‘suggestion’; this is to stave off the appearance that their clients are belligerent. Parties then return to court after going through the usual motions - which may take weeks or months, all this being a regrettable waste of time and money that could be more efficiently avoided just by holding a trial sooner.

The judiciary will, of course, never acknowledge this trend. But many court litigators can share their own experience of similar judicial conduct, done to them expressly or impliedly.

Claims that end quickly don’t always end fairly. At this point, all that can be done is to express caution to the public: if you find yourself in a position where you are being asked to mediate/settle, by a judge, but you think your case is deserving of trial, then insist upon your right to be heard. If the judge decides against you, your only recourse is to appeal; but if the judge takes to personal remarks or personal conduct to spite you for not mediating/settling outside court, write all this down and consider lodging a formal complaint against that judge.