Pupils should prioritize learning and growth for the long term first.


Mathew Thomas Philip, a senior lawyer, recently made an interesting suggestion about pupils’ remuneration: to replace pupil allowances with a pupil loan, but with comfortable repayment terms.

That loan is meant to pay the Master (the pupil’s supervising lawyer) for the education and coaching of the pupil. 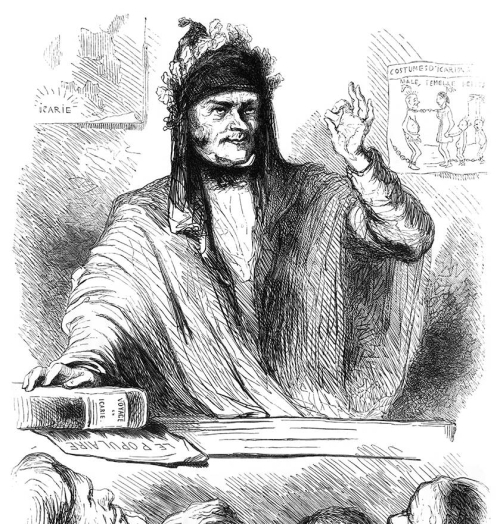 Be civil when disagreeing

I have read and heard much disagreement with Mathew’s proposal. I have no issues with that, we are free to agree and disagree as we please.

However, I am disappointed with the vitriol with which Mathew’s proposal and Mathew himself has met with; I think it is uncalled for, especially when it comes from lawyers and soon to be lawyers. The man has put out an idea; we either agree or disagree with it and provide reasons for deciding so; that should be the end of it. That is how I understand civil discourse to be; and that is how we lawyers should engage. To do otherwise would be a disservice to our profession.

There is no need to disfigure the proposal and malign the man. I am pleased he brought it up because it allows the issue to be aired and has created awareness about it. Pupils should thank him even though they disagree with his proposal; what he has done is gotten people talking and thinking about pupil remuneration. Mathew is big on legal education and does much to facilitate and encourage it. A respectful tone is not out of place when responding to and engaging with him.

Mathew’s proposal is not new; it is an old one with a twist. That was the position a long time ago; pupil’s paid their Masters for the privilege of an apprenticeship.

An apprentice, according to the Oxford Dictionary, is a “a person who is learning a trade from a skilled employer, having agreed to work for a fixed period”.

The pupils then did not pay their Masters to be taught but rather for the opportunity to closely watch their Masters practice their craft and learn from that. A Master is not in the business of teaching, he is there to attend to his clients. The pupil’s presence is, in truth, more often a hindrance than a help. Of course, there are exceptions to that, but that is the general rule.

I remember asking my father once why he did not pass his work to the pupils. He said, I don’t want to be going back and forth on a simple draft for a week. I have no patience for that anymore. If I can get it done in fifteen minutes and be done with it, so much the better. I can get on with other things.

I can attest to that sentiment myself and it is sometimes tempting to take that route. What may take a pupil a week to get done to an acceptable standard can be done by an experienced and learned lawyer in half or three quarters of the day. And that’s if the pupil’s abilities and qualities are of some use.

See this video: it hilariously demonstrates the difference between professionals and amateurs in extreme fashion.

There will be those newly coming in, and those who have been there for some time. That gulf of expertise between pupil and a senior lawyer is an inevitability because we have no choice over our births.

Mathew’s twist to the old ways was now pupils do not have to seek financing; they are given a loan on generous terms and can now demand more training and education from the Master.

I am not with Mathew on this for a fundamental reason; my starting point is pupilage is a privilege, not a right. There is no legal obligation on a senior lawyer to take on a pupil.

I disagree with him that pupilage is simply an extension of university or bar school/CLP where instruction is given and is expected to continue in pupilage. For me, by the time a person is ready for pupilage, they should be competent at self-instruction, i.e. knowing how to learn things for one’s self.

Lawyers are not law lecturers

I shouldn’t be teaching you how to learn things; that is a given. I am now pointing out what you should learn.

Pupilage is an apprenticeship; it is the opportunity to apply theory to real life situations; pupils learn from the work that is given and the experience of doing that work. It isn’t university any more.

After all, I am not in the business of educating; I am running a legal business. Legal education does not contribute to the bottom line or for the foreseeable future. Those that do it do so because they think it their duty to ensure the coming generation is better than ours; that is the inevitable changing of the guard. Taking a pupil is a voluntary gesture.

But not everyone is like that and that is fair too. One cannot fault them for that or say they are selfish; that is how some lawyers want it to be and they are entitled to that. I can empathize too. It’s a far simpler existence. Nobody else to worry about and pay for; not having to put up with other people’s work. Although I think it a shame their “craft” will not survive them, that should not be held against them. It is their choice.

A pupilage is a privileged apprenticeship

I think about pupils’ remuneration with the following elements discussed above:

A pupilage is a privileged apprenticeship; there is no right to it.

And if there is no right to it, there is even less right to make demands about remuneration.

I do not say the above as a ‘threat’ like we are going to gang up together to do this, because none of us could be bothered to organize that; what I am saying is imposing more onerous requirements to take a pupil on is likely to serve as a disincentive for senior lawyers to do so, the economics for it won’t make sense.

So these demands about remuneration, contracts, etc. are with respect, misplaced. It misunderstands the relationship between Master and Pupil and is caught up more with short term self-interests. That pupils should be paid or not, I think that debate is long past. They should be. To have them pay us for an apprenticeship in this day and age is inappropriate.

The reality about remuneration

Pupils need to keep this in perspective when they talk about their remuneration: a pupil does not contribute to the firm in terms of finding clients, closing out appointments, doing important work, conducting trials or hearings by themselves, issuing invoices, negotiating fees, recovering unpaid fees, and making sure the staff are paid on time, for example.

Of course, a pupil doing firm work should be remunerated for it; but pupils should not overestimate their contribution to a firm; their presence is not critical to the firm’s existence. The firm will go on with or without them because law firms are not set up to cater for pupilage; they are set up to cater to clients’ needs.

But as pupils are under their charge that means Masters are under an ethical and moral obligation to provide a reasonable allowance for their pupils as the firm’s economy allows and not use them primarily for non-legally related or menial work. They should be paid on time and their claims quickly, and given appropriate work to do. If possible subsidize or pay for their attendance for bar organized courses; those are affordable. Whether that allowance should cover a pupil’s living expense is the province of each firm.

If pupils don’t agree with the remuneration terms, leave or do not sign up. But if you are going to sign up or stay, don’t whine after that. It’s unprofessional. And nobody is forcing you to do it. If you are unhappy, quit. Keep finding a pupilage position that fits you and your expectations, and all the best with that.

To me, pupils concerned more about their allowance than the experience and learning they get out of pupilage have their priorities wrong and are short term in outlook. They don’t like it when senior lawyers say that but it happens and that’s just how it is. When they get to our level of experience (15 years and above), they are going to find themselves sharing the same sentiment.

For me, this is the acid test: if you get to pupil with the likes of Cyrus Das, Sri Ram or Azmi Mohd Ali but you have to do so for free, are you going to accept or decline it? If you decline it for some inconvenience, then it is best you leave practice immediately because it is not meant for you.

A pupilage is not for the pupil to earn a living – you are off in 9 months unless retained – but a privileged opportunity to learn how to earn a living from a practitioner of the craft. Because that’s what lawyering is, a craft, and that’s what a pupil or young lawyer is, an apprentice.

What pupils should be concerned about are whom they are going to be working with or under, what type of work they would be exposed to or required to do, how independently are they expected to work, what are they allowed to do in relation to work, what is the firm’s policy on legal aid, and so forth. Research their intended firm or Master. These are the matters that will set up a pupil for the long term, not the allowance.

To me, pupils that choose their pupilage primarily by allowance don’t actually know what they want out of the experience themselves so they default to money because it is safe and can be stored. Even if I didn’t enjoy the experience, at least I was well remunerated. Statements like that help fool ourselves it is not about the money.

To me, a pupil that talks more about remuneration than they do about the law is going to be unhappy later on because he or she is unlikely to speak about either at some point.

Spend the early part of your years focusing on building competency and cultivating your reputation, not your pay; the former are what people will pay you handsomely for in the future.