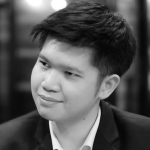 Defiance of the 9 States

The whirling wheels of Malaysian federalism.


This article examines one question principally: if the states of Malaysia do not comply with the Federal Government’s movement control order, is it unconstitutional? 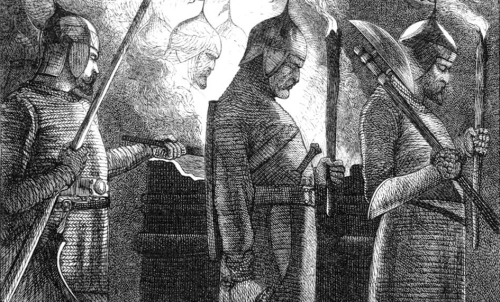 Defiance of the 9 States

On the 1st of May 2020, Prime Minister Muhyiddin Yassin announced that his movement control order (in relation to the coronavirus pandemic) would be substantially lifted come the 4th of May 2020.

That MCO was thereafter superseded and to be replaced by a ‘Conditional Movement Control Order’ (CMCO). (For details, see the footnotes to this article below.)

The SOP among others allows restaurants to be opened and some recreational activities to be carried out under certain conditions.

In a stunning development, as many as 9 states have said they will not be following or complying fully with the Federal Government’s ease of movement and resumption of businesses at 100% capacity under the CMCO.

Kedah, Sabah, Pahang, Penang, Kelantan and Sarawak have said they will not be adhering to the CMCO. Selangor, Perak and Negeri Sembilan said they would limit the number of businesses allowed to resume operations and restrict dine-ins at restaurants.

Interestingly, some of these defiant states are governed by Perikatan Nasional or its component parties (Pahang, Perak & Sarawak).

We are then left with this question: Is it unconstitutional for these states to not follow or fully comply with the Federal Government’s CMCO?

Our Federal System of Government

The starting point is the fact that Malaysia is a federation of many States.

There is hence a ‘Federal Government’, and multiple ‘State Government’s, which cover different subject matters.

Consider the following points from the Ninth Schedule, i.e. the ‘Legislative Lists’ (a list pertaining to law-making powers):

What powers do the states have?

We first recognise that “public health” and “prevention of diseases” falls under the Concurrent List, i.e:

… 7. public health, sanitation (excluding sanitation in the federal capital) and the prevention of diseases.

This means that both the Federal and State Governments have jurisdiction on such matters.

Second, “local government” falls under the State List – this means the State Government has exclusive jurisdiction on this matter.

Thus under the Local Government Act 1976, a local authority has the following powers and/or can enact by-laws to:

The Deciding Factor: Interpretation of Article 81

What happens when there is a conflict between federal and state authority?

This is when Article 81 of the Federal Constitution comes into the picture.

In gist, and whenever there is a Federal-State conflict, Article 81 provides that a State Government’s executive authority “shall be so exercised”:

(a) as to “ensure compliance” with any federal law applying to that State; and

(b) as not to “impede or prejudice” the exercise of the Federal Government’s executive authority.

Two conflicting scenarios can then arise from this:

In Scenario 1 - where the Federal Government imposes a restriction for a particular matter, but the state authority refuses to comply with it – the application of Article 81 is straightforward.

For example, under the CMCO, one of the prohibited activities is “entertainment, leisure and recreational activities which may cause a crowd to gather”.

If Selangor however permits marathons or concerts to proceed during the CMCO, this in direct breach of the Federal Government’s CMCO and unconstitutional under Article 81.

In Scenario 2 - when the State Government imposes certain or additional restrictions on matters that the Federal Government has not - the application of Article 81 is not as straightforward.

This is the current situation. For example, despite the less-restrictive CMCO, Selangor has still not allowed people to visit public parks - such as the Shah Alam Lake Gardens, Taman Jaya and Tasik Cempaka - as well as undertake indoor recreational activities like swimming and gymnasiums.

This interpretation is also consistent with the views of Senior Minister for Security and Minister of Defence, Ismail Sabri Yaakob:

… “We have agreed that states can adjust the SOP we issued with the respective states and districts. But it must be based on the SOP issued by the federal government.

“For example, food shops can open until 10 pm. In small towns such as my constituency, Bera in Pahang, few people are out after 8 pm, more so during Ramadan. So opening until 10 pm serves no purpose.

“So it can be adapted according to the states but when we say up to 10 pm, shops should not stay open until 12 midnight. It must be within the range of the SOP we have issued.”

On a practical level, States cannot rely on the police and army to regulate their additional restrictions, as those are Federal apparatus.

The States have to utilise their own state and local authority officials to enforce these additional restrictions.

I will end with a reminder from the Reid Commission Report:

“In pursuance of our duty to recommend ‘a strong central government’ with ‘a measure of autonomy’ to the States, we have made proposals in Chapter V designed to give the States a greater measure of autonomy in limited but important fields while retaining national control where the national interest as a whole requires it.”

Footnote 1: The Federal Government has since issued MCO Regulation No. 5 (P.U. (A) 136) dated the 3rd of May 2020. This has yet to be published in the AGC’s Gazette at the time of writing. It also raises many legal complications beyond the scope of this article.

Footnote 2: The National Security Council has also issued Standard Operating Procedures (SOP) for the CMCO. There is doubt on the legal effect of an NSC-issued SOP. This is beyond the scope of this article.