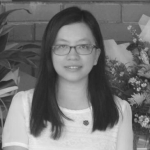 A brief primer on domestic violence in Malaysia, and its related legislation.


There has been a prevalence of domestic violence lately.

In 2016, the Kuala Lumpur Hospital recorded up to 150 domestic violence cases per month.

More often than not, victims of domestic violence tend to suffer in silence; many assume that only physical injuries merit legal recourse, and do not understand what course of action they may take.

Yet by law, domestic violence actually includes psychological abuse, sexual abuse and commission of other acts – in summary, they extend to:

The acts that constitute domestic violence are set out under Section 2 of the Domestic Violence Act 1994 (“the Act”).

This was the law passed to fulfill the government’s commitment under the Convention on the Elimination of All Forms of Discrimination Against Women General Recommendation No. 19, and which had come into force on 01.06.1996.

What can the victim do?

The Act recognises that domestic violence is not a private matter; in fact, it is a crime, which falls under the Penal Code.

Individuals, the government and non-governmental organisations (“NGOs”) must work together as a systematic partnership to ensure that no victim in need of justice and protection falls through the cracks where domestic violence occurs.

If you are a victim of domestic violence, consider these actions:

Who is protected under the Act?

The Act does not specify that the victim must be a woman. As the statute reads:

The Act does not cover violence committed by boyfriends/girlfriends. They may still however lodge a police report for assault.

Can the victim get monetary compensation?

There are instances where the court has granted compensation to victims of domestic violence, and which takes account of whether they had suffered physical injuries, psychological abuse, damage to property and/or financial loss. This remedy of monetary is explicitly provided under section 10 of the Act.

If you are confronted with domestic violence by your loved one, keep calm, and remain optimistic.

If you are a victim, or if you know any such person, you may contact the Women’s Aid Organisation and/or the Women’s Centre for Change  for assistance. The social workers there can accompany you to any police station, hospital and the Welfare Department. They may also provide temporary shelter as the matter is being dealt with.

It is advisable to seek an advocate and solicitor so that you may be properly advised as to your rights, and better understand the legal options available to you.